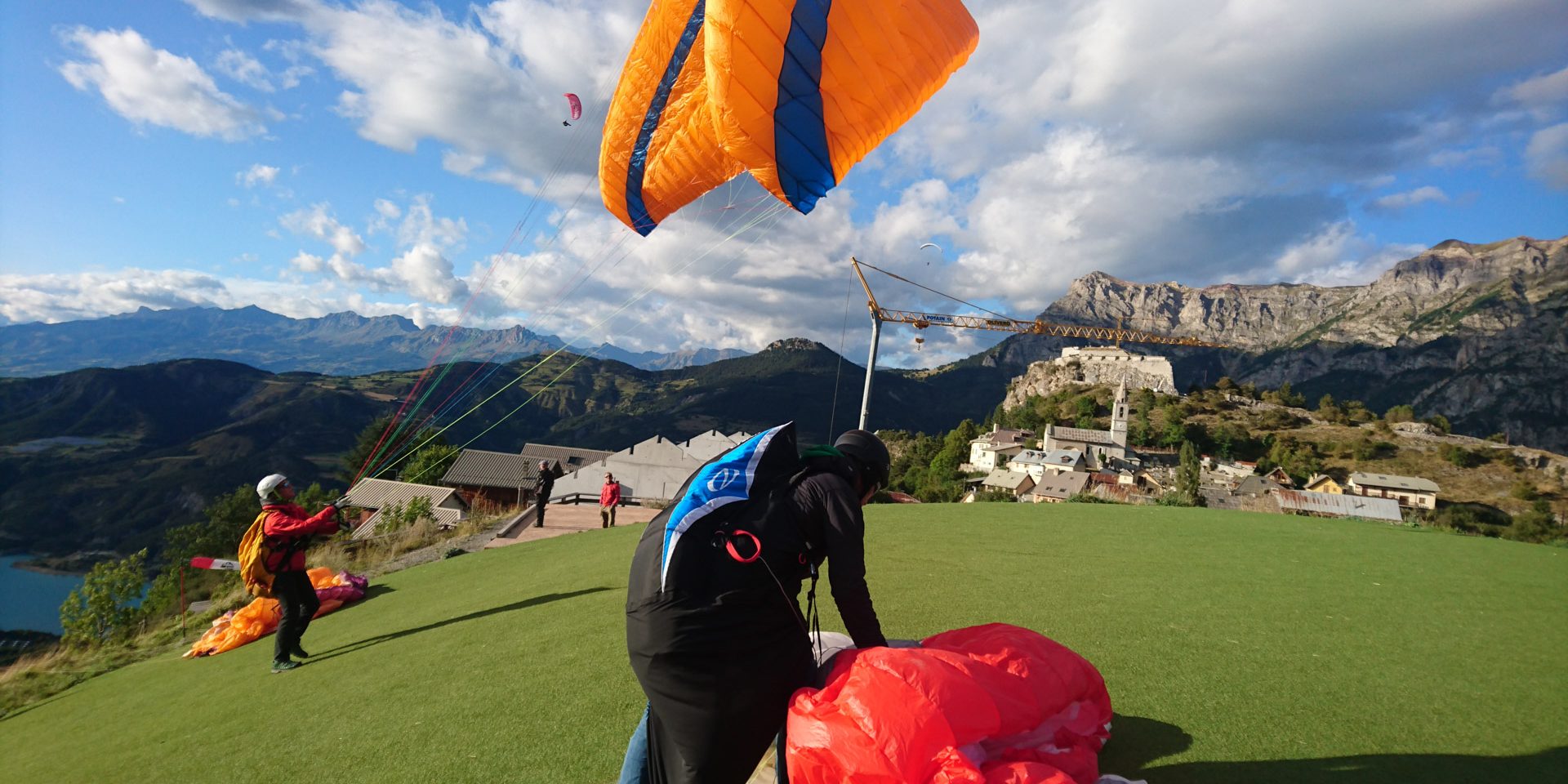 Read the story behind the new SYMPHONIA here. But first you maybe want to have all technical details?

The concept of the SYMPHONIA is based on a high-level B motor / free flying hybrid prototype.It was built with very low priority and months of delay, laying around without being tested, as Mike Küng took it for a testflight and discovered its potential.

The combination of having an exemplary good deep spiral behaviour with a superb handling impressed him a lot. Even though the wing was rather heavy (designed for 240 kg of load), the reinflation and general safety was promising.

The next step was to transfer the very solid motor oriented build up to a much lighter single seater free flying concept. This prototype (IZ1), built in early summer, was already a direct hit. Although still being a material mix and having super solid proto loops, it showed the potential to reach an A-rating, as well as leaving some comparison wings no chance in matters of performance .

Mike was testing the prototype (IZ1) very intensively and we were having a careful look on the material behaviour under this intensive stress scenario.

More that that, the wing was exposed to the extreme situation of six weeks of Mike’s ground handling courses in Denmark, where it was the favourite of everyone who tried it. This exceptionally heavy treatment with sand, wind, salt water, ground contact and line bending provided us with very useful feedback regarding the carefully chosen, conservative line material configuration (a mix of LIROS PPSL and Edelrid 8000U).

Finally we can tell, that the trim did not change a millimeter after all these months! This was strengthening our basic philosophy to rather use some marginally stronger well tried lines, instead of having troubles with fragile, unknown material.

The results of the IZ1 proto were so convincing, that the next one (IZ2) came without proto loops in the final setting, as a kind of pre-serial wing.

We were trying a different color design, using the final material (mainly 32g Porcher cloth) to further reduce the weight. This was improving safety by another step.

To verify the “real life” performance, Benni Hoerburger took that wing for plenty of flights in the very strong conditions of the French South Alps and was impressed by stability, performance and speed. Its 17cm speedway are offering an immense XC potential.

Having our goal in reach, we were ordering a bunch of wings (IZ3 and 4) from different sizes and color designs to refine the settings to perfection.

We took the time to travel again, looking for feedback at legendary hot thermal spots: how is the behavior of the wings in strong thermals under different wing loads with different trim-speed and brake settings?

Finally, we decided to get this one configuration certified which offers the optimum in performance, fun and agility.

We were trying plenty of protos with different color schemes.

As well as we were discussing over months regarding wings names. Finally we decided to realize a quite complex, but stunning asymmetric stripe color design, which may appear very masculine. In combination with a melodic feminine name: we found this contrast very interesting.