Hannes started flying paragliders in 1986. From the beginning he was enthusiastic about flying and the technique behind it. Coming from sailing, he immediately tried to change the trim of his lend paraglider (MAXI) to explore the effects. Later he began to build his own wing, cause as a Biology student, he had no money to buy one. This very first design of him, revolutionized the scene and was known as COMET CX (as it was built in series in 1988).
1989 Hannes founded (together with some partners) NOVA, a continuously trend setting brand. Hannes was able to design plenty of wings, which were milestones in the history of paragliding.

From the very first wing in 1988, he was using self programmed software, to calculate the sail cut, 3D geometries and later do a lot of simulations (CFD, FSI). This software workflow is today used by other brands to develop leading products.

As Hannes had to sell his NOVA shares in 2014, he was working as a technical consulter for another big player in the paragliding scene: ADVANCE. In 2017 Hannes took the chance to be able to design his own wings again, free of all limitations, standing on his own economical feed: and was founding PHI.
He was joined a team of very experienced experts (mainly worked with him in the past), to continue setting standards and realize visions. 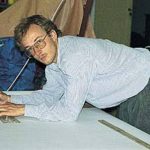 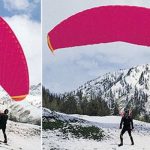 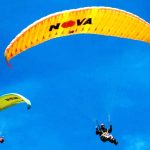 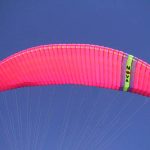 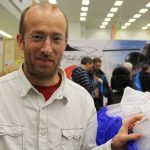 Mike Küng is a very popular hero of the paragliding sport.
Apart of being a test pilot for manufacturers (where he worked together with Hannes in the 90es, together developing legendary wings like the XENON, XYON or PHILOU), he established himself the reputation of being a „killer“ test pilot as he tested for certification bodies (DHV, EAPR).
Mike extreme flying skills are based on continuous training, a very high overall airtime, lots of thousands of flights.
Specially his ground handling skills are legendary: a discipline he is giving courses several times a year.
Because of he’s flying precision Mike is the perfect man for photo shootings and film recordings. Disciplines he was able to create milestones.
We’re all very proud to have him in our team! 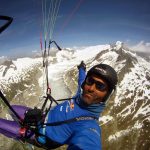 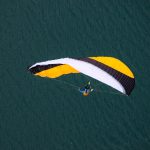 Benni Hörburger grew up in the flying school of his parents. This was enabling him to start flying shortly after he started walking. He is known to be an absolute flying talent with a very high sensitivity for wing settings. He is a flight instructor for many disciplines, being able to estimate the scholars skills and demands.
In the young age of 17 he started to work for a big German manufacturer as a test pilot and specialist for tricky trimming and final adjustments.
Still quite young, he has a very high level of experience and is now an important member of the PHI development team, where he can use his skills to build the best wings for all target groups of pilots. 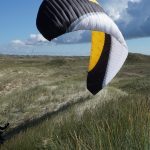 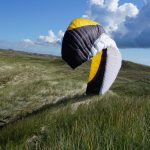 Silvia, born as an South African farmer’s daughter explored the German roots if her family and came to central Europe some years ago. After collecting plenty of experience in the tourist sector, she joined NOVA (Hannes brand) for some years to support the office team. She left that company together with Hannes, Peter, Mike and all the others to finally find together again in the PHI team.
Since a short while, Silvia is herself a paragliding pilot after she was known over years to be a very skilled alpinist and climber.

Franzika and Hannes found their shared passion for sewing (Franzika has her own fashion lable), for traveling, meeting friends all over the world and finally flying.
Franziska spend the first years of her life in Easter Afrika. Later she spend plenty of time in eastern Switzerland, now living in Basel, where she is doing the Swiss import for PHI and international clients communication and marketing.